Enter your City name or Pincode

Dipka is one of the important cities of Chhattisgarh state. This city is part of Korba district and is famous as an industrial city of the state, as it has much mineral resources of coal. Even though Dipka is a famous industrial city, there are many areas in the city that still remain unexplored. Proper utilization of this place will lead to further development of Chhattisgarh state. The members of Cabinet Committee on Economic Affairs have recently agreed to increase the size of the coal mines of Dipka with an aim of ensuring better production at a lesser cost. It will really help boost the development of the city in all sectors.
Collector & District Magistrate
Phone:07759-222886
Fax:07759-224200
E-mail:korba[dot]cg[at]nic[dot]in
https://korba.gov.in/ 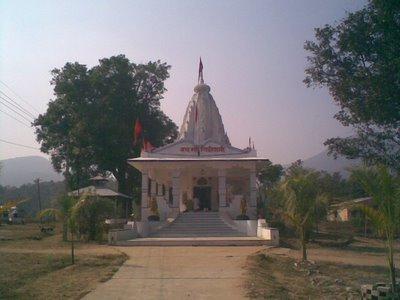 Dipka city is located at 22.35238°N 82.55476°E with an altitude of 293 meters above sea level. Dipka city comes under Katghora tehsil of Korba district of Chattisgarh. The city is at a distance of 17 km west from Korba, the district head quarters and 19 km away from Katghora. The distance between Dipka city and state capital Raipur is 181 km. Dipka is surrounded by Katghora Tehsil towards north, Baloda tehsil towards south, Podi Uparoda tehsil towards north and Pali tehsil towards west. Korba, Champa, Naila Janjgir are the nearby cities to Dipka. The nearby villages to the city are Hardibazar, Chakabuda, Ratija, Raliya and Jhabar etc.

As per 2001 India census, Dipka city had a population of 20, 182 among which males constitute 53% anf female constitute 47%. 17% of the total population is children of less than six years old. The average literacy rate of Dipka is 73%, while the national average is 59.5%. The city has 79% male literacy and 67% female literacy.

Dipka is an important industrial city and commercial hub of Chhattisgarh, which is rich in mineral resources of coal. Coal is believed to be the backbone of Chhattisgarh economy. Dipka city is particularly popular for its opencast mines. The high quality coal in the mines of Dipka can help boost up the industrial production of the Korba district. Recently, state government of Chhattisgarh has taken many steps to upgrade the conditions of the mines in Dipka. Majority of the power generated in Korba district is attributed to the coal mines of Dipka city. Even though Dipka was a backward area, it is developed industrially and commercially due to the massive scale coal production in the coal mines here during the fourth five year plan. But the dense forests of Dipka city had to be cleared for extracting and producing coal. Majority of the tribal population in Chhattisgarh are absorbed by the coal mine of Dipka. It really helps to strengthen the financial conditions of the district.

Are you a Business Owner?

Add the products or services you offer